Dan & Brian had an amazing chat with Carol Heiss Jenkins and Hayes Jenkins. Carol and Hayes have what many would call a unique story. Carol and Hayes both have Olympic gold medals, in the same sport, figure skating, from different Olympics. Hayes took gold in 1956 and Carol in 1960. Since then, they’ve gone on to lead amazing, impactful lives, both locally and internationally. We talk about their journies to the Olympics, what it took to win, how that changed their lives, and what they’ve done since. Not to step on the lead, but Carol continues to be active in figure staking as a world-renowned coach. She works at Winterhurst in Lakewood. They share some solid advice from life lessons they’ve learned along the way. We also talk about three guys who do slapstick.

We always ask this in the show, but we figured we should put it in writing. Give us a review on iTunes, the Podcasts App, Google Play, TuneIn, or Stitcher. Five stars is always great. Can’t give us five stars? No worries, let us know! Call us at 216.438.1253 and leave a message or email us at theclepodcast@gmail.com. 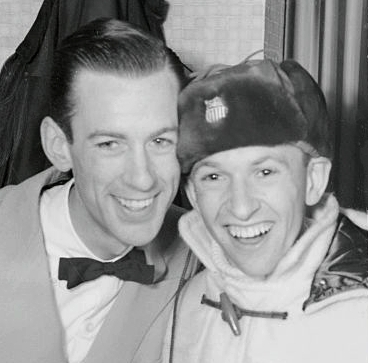 This episode is going live on April 16. That’s the same night as our live show with Representative Nickie Antonio, candidate for Ohio Senate, at Gypsy Beans. See you there at 6PM!